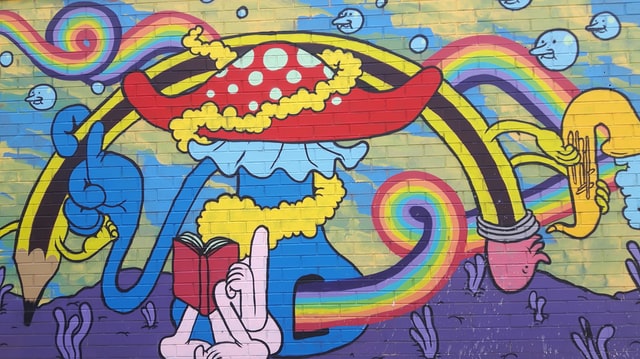 What is a hallucination?

Hallucinations are sensations that do not exist in the real world. These sensations are created by a person who is suffering from a sense of hallucination. This can include hearing or auditory perception of different voices, sound or noise that is not real, it also includes the sense of touches like crawling of fingers in the skin or even sense of smell (the technical name is olfaction), like sensing of an odor that is not in real.

Hallucinations in common occur to the person who consumes drugs and alcohol, so this can be a feature of psychotic disorders such as schizophrenia and are also very common in drug-induced states and drug withdrawal. This occurs with several different drugs.

This is a type of hallucination where the person can hear the sound from inside or outside of the mind. The person might hear voices from in and around him.

Olfactory hallucination involves sensing a specific odor that the person feels as if it is coming from his own body or any other person nearby him.

This type provides a sense of touch which is not real, like an insect crawling over the body.

Hallucinations most often result from:

Are Hallucinations and Delusions the same?

Hallucinations and delusions both are characterized as symptoms of psychosis and mental sickness that can result in psychotic scenes like schizophrenia.

A hallucination is described along the way of senses, this particular feel affects the senses to define the proper margin between the real and the virtual senses.

A delusion is a bit different from a hallucination. It also gives an experience of the virtual world but this is a belief that is fake or impossible. Our brain is very imaginative and colorful in the way of making us think beyond the box, it would sometimes lead us to think that it is true. It can be caused or the imagination can originate by the person’s intelligence, education, culture, religion, or another similar factor. Some incidents happen accidentally but when it occurs repeatedly we develop firm belief over it, this goes hand in hand with the person’s who experiences delusion too.

Thus, both hallucinations and delusions are disturbances in reality.

What are the Symptoms of Hallucinations

Hallucinations can have many symptoms, every symptom depends on its type. Some of them are –

Some Examples of hallucinations:

A hallucination can be anything related to the senses, and different people with the same condition can experience something unique. There are few common hallucinations –

How is Hallucination diagnosed?

Any diagnosis for a disorder is instigated from the origin of the disorder, same here doctor gets to know the patient’s history of when was his first episode and what he thought could have been the cause for his hallucination. Diagnostic tests may include:

Treatments to get rid of Hallucination

To provide a perfect treatment we need to know the origin and type of the particular sickness, It is the same as removing a weed we must get through the root of it, this aids us to eradicate it utterly.

Some of the ways to treat hallucination are:

Psychotherapy
In this type of therapy, the medical servants help the patient to understand his problem and tries to get to the causes from him. This would benefit in coming out of the well of hallucination.

Self-Help
A perfect solution for a problem lies in the problem, so treating hallucination is easier for the person himself who is going through it, some phrases like “All is well” and avoiding which is not real by throwing more focus on the reality would help.

Pay Attention to the Environment
It is an important aspect of treatment in any sort of disorder. The betterment of the treatment will be at its good pace if the environment around the patients exists happily and peacefully. Nature’s art can heal any broken heart. The chirping birds, the oxygenated trees help us give the positive to fight over any negative soul in us.

Use Distraction
Beat over loneliness and staying in relation with friends, family or loved ones can heal a person from hallucination. A tight hug from the loved ones is enough for you to battle over any of your hardships, so why not a hallucination?

We fight hundreds of battles in our day-to-day life, but hardly we win the battle when we stand alone opposing many. Om the other way round the battle could be achieved with sparkling success when our loved ones and our parents are with us to support and care for us. Time to join hands and touch the colorful rainbow up in the peaceful sky.

Ques. Are Hallucinations psychosis?
Ans. Psychosis in brief means the loss of contact with reality so thus this can feature hallucination or delusion.

Ques. Is hallucination a symptom of depression?
Ans. People with severe depression have a higher risk of experiencing hallucinations. So both are interrelated when it reaches above the threshold energy.

Ques. Are hallucinations dangerous?
Ans. In some severe cases, fear and obsession prompted by hallucinations can lead to dangerous actions or behaviors, like hurting themselves.

Sociopath vs Psychopath: Difference Between Them