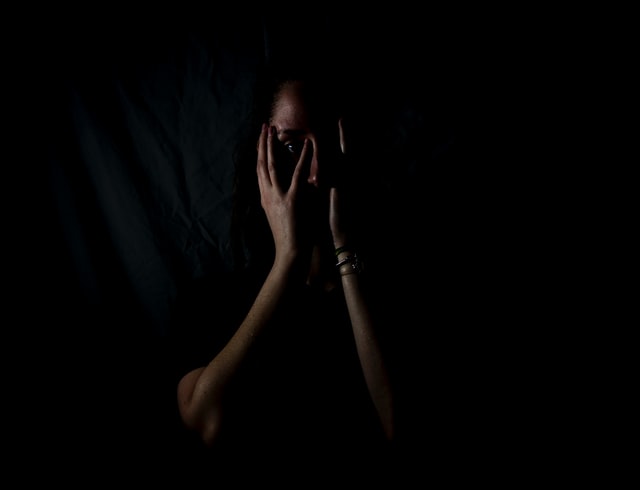 Everyone fears something in their life. Some are afraid of being left alone, few fear failure, heights, darkness, crowd, certain animals, or situations. Fear is one of the basic human emotions and when this fear becomes irrational and uncontrollable it hinders our productivity and interferes in our daily life. And that is called having a ‘phobia’ towards that particular object or situation. This article explains Androphobia.

‘Andros’ means ‘men’ and ‘Phobos’ means ‘fear’ hence ‘Androphobia’ meaning the fear of men. Androphobia is the unusual and relentless fear of men. It is considered a specific phobia due to the overpowering and irrational fear of a specific cause, which is men. Both men and women suffer from Androphobia but are found typically high in the case of younger females.

Now, these symptoms are the ‘instinctual response’ that our human body and mind have evolved and are shown upon facing potential danger. But the reason why these responses become symptoms of Androphobia is that there is no actual threat or potential danger.

Past negative experiences with men.
Victims of rape, sexual assault, and those who have suffered physical and emotional damage because of father, brother, husband, or even male friends are traumatized by their experiences.

One’s environment and learned behavior.
Those who have relatives who suffer from phobia or anxiety and those who grow up listening to dreadful experiences about men secondhand from family and friends acquire Androphobia by learning. Those aged 10 or above are most vulnerable.

A sensitive personality.
People with sensitive, inhibited and negative temperament or personality with general mistreatment or cultural experiences acquire Androphobia.

Genetics is not a cause of Androphobia.

As mentioned earlier, the symptoms are instinctual responses. The parts of the brain amygdala and hypothalamus ‘learn’ to recreate the same fear response like that at the time of the past negative experiences with men in case of victims and in case of learned behavior the brain replicates what the victim must have experienced and registered it as one’s memory. This includes both mental and physical responses.

The fear associated with Androphobia is abnormal, persistent, and irrational and is much greater than that caused by stress or worry.

The effects are long-lasting and it affects the phobic’s ability to carry out everyday activities negatively. Also the androphobic [person suffering from Androphobia] tends to experience the symptoms such as anxiety, panic, and palpitations even when they are assured that they are safe and have no actual threat.

Facing difficulty with controlling emotions and fear causes the androphobic to take extreme measures such as avoiding places with men which is everywhere! Be it convenient stores, markets, hospitals, schools and colleges, the streets, just everywhere except for Female restrooms! That person cannot even leave their home because of fear. Sadly, these measures taken to avoid men affect the person’s livelihood and it reinforces the phobia. This is called the ‘Paradoxical effect’ where the safety behaviors are taken to avoid the feared object or situation lead to reinforcement of the same.

Do not get scared by looking at the effects as there are many ways to overcome androphobia and any fear can be overcome. Some ways for the treatment of Androphobia are:

It is important to note that not all who have had negative experiences with men show Androphobia. And those who have Androphobia do not have to suffer with it for the rest of their lives. Transform your thinking with the help of professionals and make use of various therapies to normalize your fear.

We hope that everyone tries and develop a positive thinking perspective, overcome androphobia and their other fears, and have a better future.

To know more about Androphobia and different types of “phobias”, let us know in the comment section below.