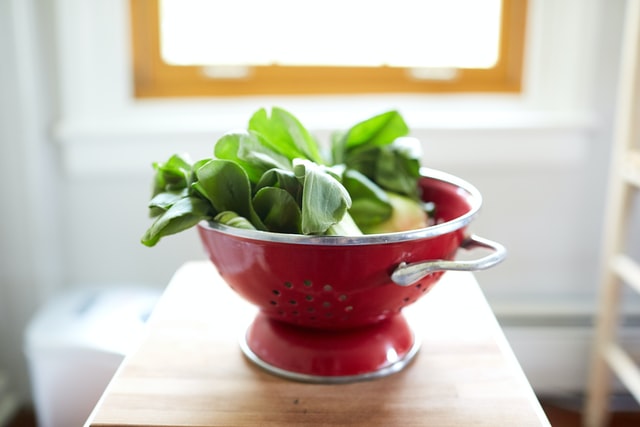 Studies have shown that those people who eat more bok choy which is a cruciferous vegetable have a lower risk of developing cancer as it has anti-cancer properties and is full of antioxidants and other compounds that help in promoting better health.

What is bok choy?

Bok choy is a Chinese white cabbage that belongs to the cruciferous family of vegetables. It was first cultivated in China and is now available all over the world. It’s a non-heading cabbage that has thick crunchy white stems and broad green leaves. It is easy to prepare and is a common ingredient in Asian soups and stir-fries.

Bok Choy has a good supply of nutrients and has low calories which makes it one of the perfect choices for a healthy diet.

Bok choy is a good supplement of vitamins, minerals, fibers, and other nutrients that make it a must in the diet. It is rich in antioxidants that promote health. Along with being healthy it also has a crunchy and delicious taste. Health benefits of bok choy include :

Bok choy is a vegetable which contains a lot of nutrients and is filled with many essential nutrients i.e. vitamins, minerals, antioxidants, and many other. It has:

Nutrients based on Serving

Children up to 4 years of age need less of these nutrients and women who are pregnant or breastfeeding require more nutrients.

Ranking of Bok Choy among other Vegetables

This index gives the highest rankings to foods with the most nutrients per calorie based on their vitamin and mineral content, antioxidant capacity, and phytochemical composition.

The American Diabetes Association describes non-starchy vegetables such as cruciferous vegetables which include bok choy, as “ a food group where your appetite can be satisfied.”

How to Cook Bok Choy?

Bok choy is used as an addition to many dishes. It’s a popular ingredient in Asian cuisine, stir-fries, and soups. It has low-calorie and high nutrient content, its mildly sweet flavor, and crisp texture makes it a great addition to almost any dish. It takes few minutes to cook and can be prepared in a variety of ways. Some ways are:

The risks of consuming bok choy in the diet:

Ques. Is bok choy healthy?
Ans. Bok choy is an excellent source of vitamin A, vitamin C and is rich in vitamin K. It is a good source of dietary fiber.

Ques. How do you prepare bok choy?
Ans. It can be eaten raw or chopped fresh for salads. Otherwise, it can be quickly cooked so the stalks stay crisp and the leaves get tender.

Ques. What does bok choy taste like?
Ans. Bok choy or Chinese white cabbage is a staple ingredient in Asian dishes. It has tender dark green leaves and crispy off-white-colored stalks. The greens have a spinach-like taste with a very mild bitterness.

Ques. Is bok choy a Superfood?
Ans. Yes, bok choy is a superfood as it is a. Cruciferous veggie which is rich in fiber, phytochemicals, vitamins, and minerals.

Ques. What part of bok choy do you eat?
Ans. Bok Choy is a cruciferous vegetable that is a member of the cabbage family. All parts can be eaten of bok choy.

Ques. Can you eat too much bok choy?
Ans. Bok choy overload can be dangerous as it contains an enzyme that can hinder the thyroid’s ability to function. Cooking bok choy can deactivate the enzyme.

Ques. How do you cook bok choy so it’s not bitter?
Ans. Adult bok choy is used in soups. So sometimes it’ll depend on the vegetable itself, you can get some that are not bitter or can use in less quantity.

Autophobia: The Fear of Being Alone